Leslie Redmond is a community leader, millennial, and President of Minneapolis NAACP. She is an advocate driven by her ancestors, and comes from a strong line of black women. As a first-generation college graduate, Redmond is motivated by her mother, who earned a high school diploma, her grandmother who had a fifth-grade education, and her great-grandmother, who was born on a plantation in South Carolina.

“I just think about the struggles they endured and the challenges they went through. My grandmother’s favorite song, “I Won’t Complain,” has led to my campaign: Don’t Complain, Activate.”

Growing up in Washington D.C., with a legacy from the “War on Drugs” era, Redmond saw that the people swept into mass incarceration looked like her — and the people making decisions about their lives did not. She says she saw “victims who became villains in the media outlets.”

After she moved to Minnesota to pursue her law degree at St. Thomas University, Redmond shed light on the deeply embedded racial injustices in Minnesota. She made it her ancestral duty to not only complain about the injustices of society, but to activate communities in the process.

Redmond intends to clearly define what the organization is, and debunk myths of what the NAACP should be or could be. Already she has created partnerships with civil rights organizations such as Minneapolis Urban League, Minnesota Women’s March, and local pastors. She believes the only way the local NAACP community will prosper and achieve is through collaboration.

Redmond opens every general NAACP meeting with a grounding exercise, to alleviate the burden of the everyday fight for justice. “We can be really hard on ourselves and hard on one another. I want us to do everything we do with empathy and compassion.”

Redmond’s next pivotal accomplishment comes in May 2019, when she will receive her JD/MBA from St. Thomas University. “This is a dream that is beyond the one my great-grandmother had on the plantation of South Carolina, and my grandmother had when she moved from South Carolina — hopes of a better future.” 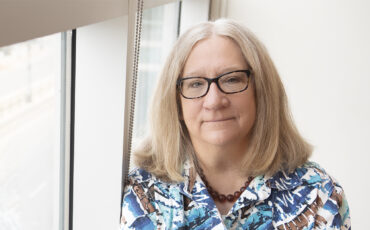 They did not want ‘those’ kids near ‘their’ kids.

A new ‘preventing homelessness’ committee member asked a panel of ten people to reflect on when they could have made a choice differently to avoid homelessness. That was his idea of prevention. In 2020, 350 Minnesotans died outside. Some of them were babies.